I started out in portal 2 own ingame level editor blocking out the space and  the basics of the puzzles. I chose to do so because the editor is quite limited and that would let me focus on the basic design. When the basic design was set I imported the level to the Source/Hammer editor to continue my work there, changing the aesthetics, evolving the puzzles and applied changes based on feedback. 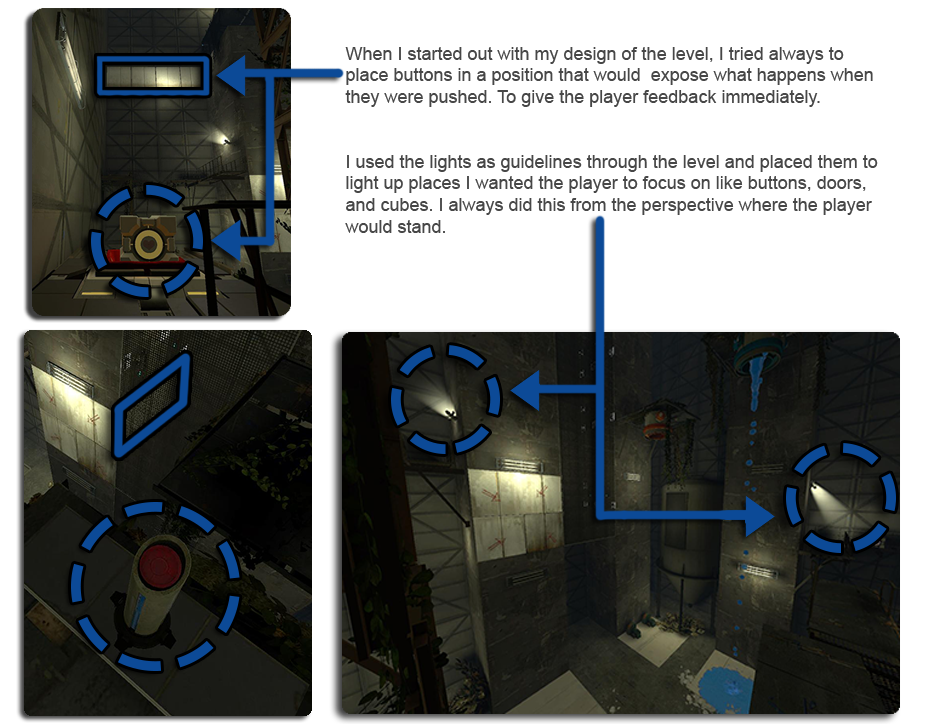 After two weeks of working on Forgotten Chambers I uploaded The level on steam workshop for community feedback. I got a great response and started continuously upload new versions based on the feedback that I got. Here is some examples. 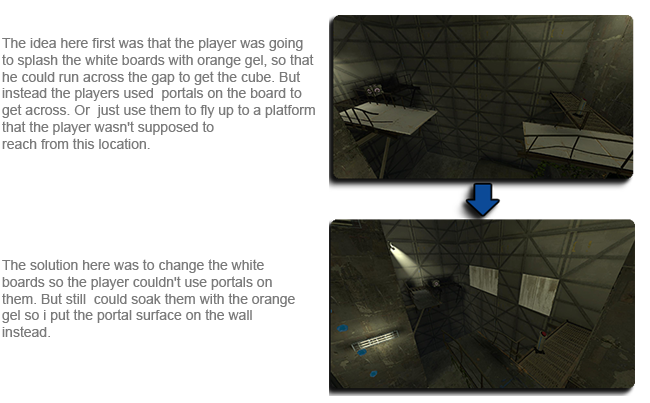 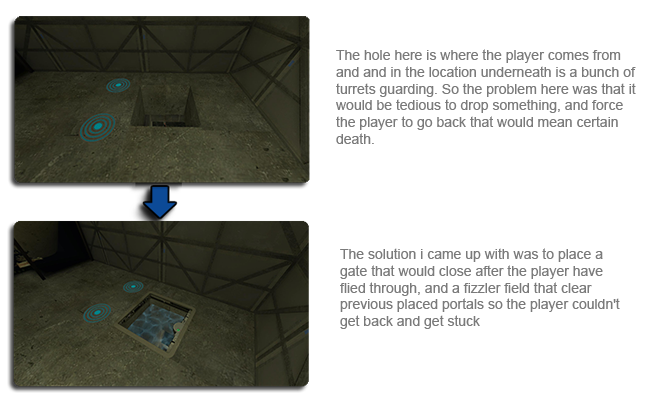