The house of memories is a game about a girl that loses her dog in a abandoned old mansion. In her search of finding her beloved dog she encounters a variety of ghosts that have lived in the mansion in the past. The ghosts are offering to help the girl of finding her dog  if she willing to help the ghosts with their last requests.

By solving  a variety of puzzles that often is connected to the ghosts personality The player gets a piece of a mask. The pieces forms a book cover emblem that in the end serves as the last key to solve the game. The book the player carries with her keeps track on which ghost she have met and helped to give the player a feeling of progression.


The Book of Memoirs

we decided early under the development that we wanted the player to be rewarded with progression. And in some way for the player to come back later to the game continue playing,and have the information what the player should do next. we came up with book that updates after you have meet  a ghost with info about the ghost and the task he wants the player to do.When the player have helped a ghost, the book updates with a thank you note and the task have been scribbled over. Also the player gets an emblem piece on the book cover that serves as a key item to the game.

In this way the player can hold track on how far he have progressed through the game and always know what to do next. And also fits the purpose of rewarding the player. 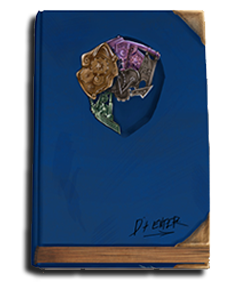 In house of memories we always tried to  introduce  the problem first and then find a way to solve them. We added a iconic ghost chain so the player could relate to which door was locked and not, just to give restrictions on exploring. these restrictions helped us to craft the experience in a way we wanted, and gave the player a easier way progress. the chains are connected to the ghosts so when helping a ghost some specific door or doors  would onlock.

The first picture is showing the ghost chain, This is where the player encounter it for the first time he dont know how to unlock it. but when the player have progressed outside and helped the first ghost, and gone back to the corridor hes going to see that the chain is gone. in this way the player learns that the chains are associated with the ghosts quests.

The text adventure was a really fun project and the limitations forced us to think different. The puzzle brainstorming i did with my fellow level designer was really fun, thinking of crazy puzzle ideas that would be logical for the environments and the ghosts. 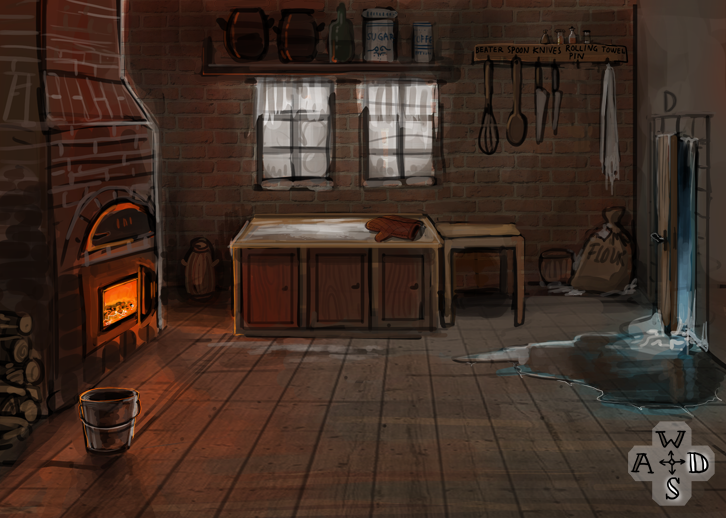 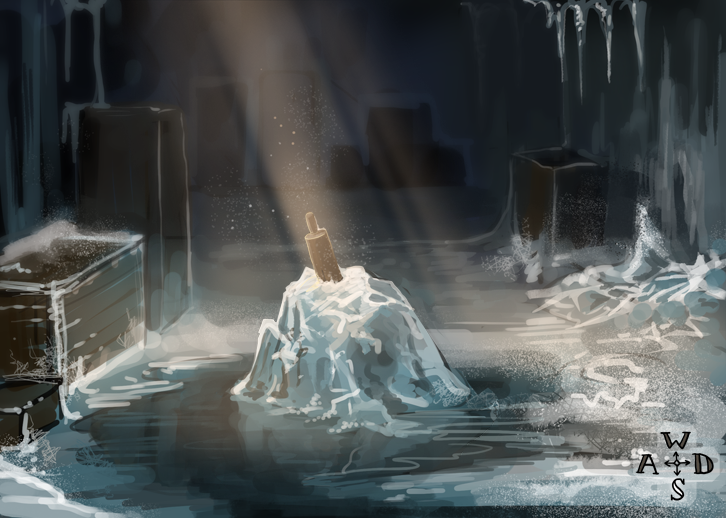 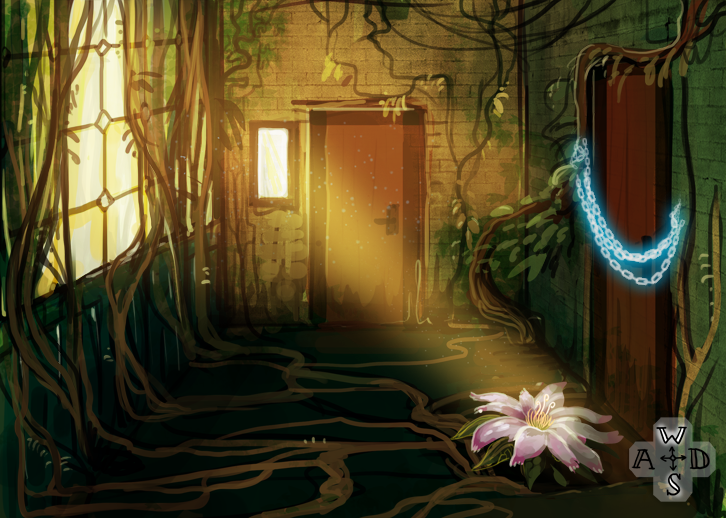 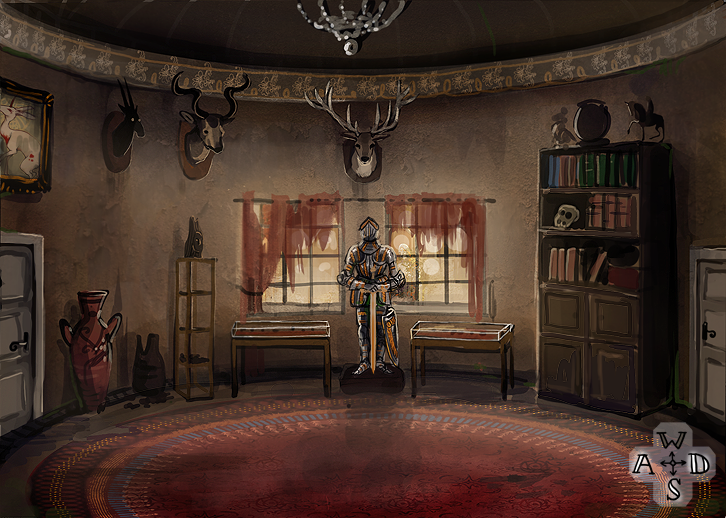 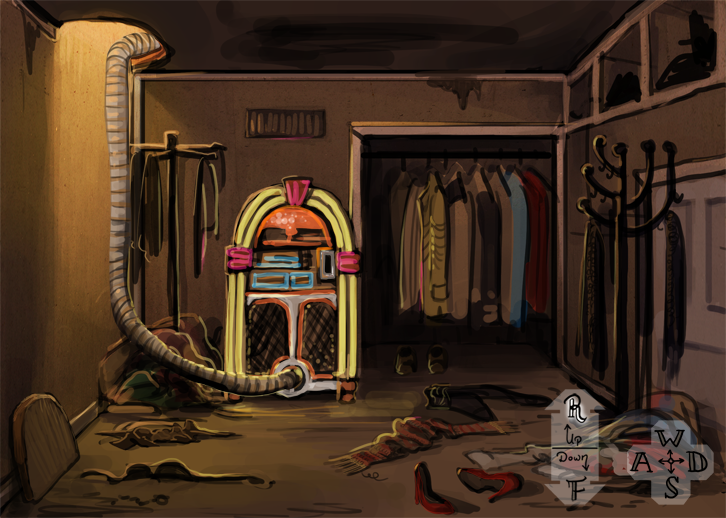 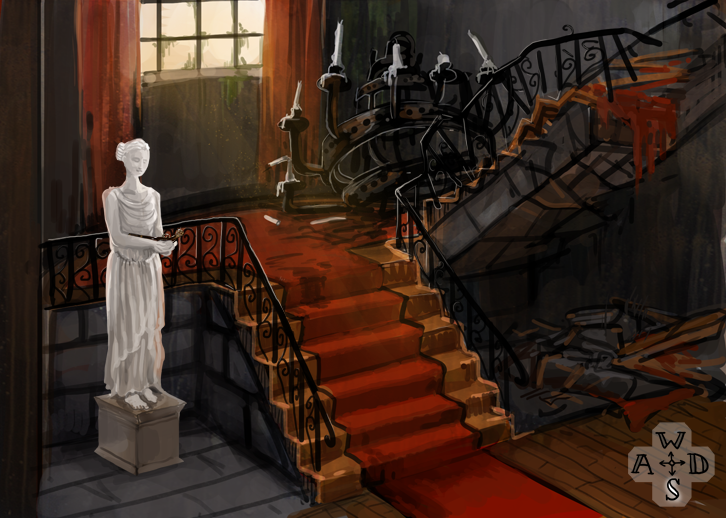