Robomancer is a turn based strategy where you follow an engineer  with the power to resurrect robots from scraps. with your robots fighting for you and having spells to buff them in battle you are out on a journey to find artifacts, for the reason to resurrect your beloved one.

Its a game that let you build your own army of robots by finding blueprints and scraps. throughout the game the player will find new robots to build and have the options to customize his robot army in many ways.

This will then trigger an event where the player learns that he must take down four shield blockers, which is the purple icon are on the map.
simultaneously it spawns a large amount of enemies that will move inward on the island. So the player needs to take down all shield blocks
before it becomes too overwhelming with all of the enemies on the island. 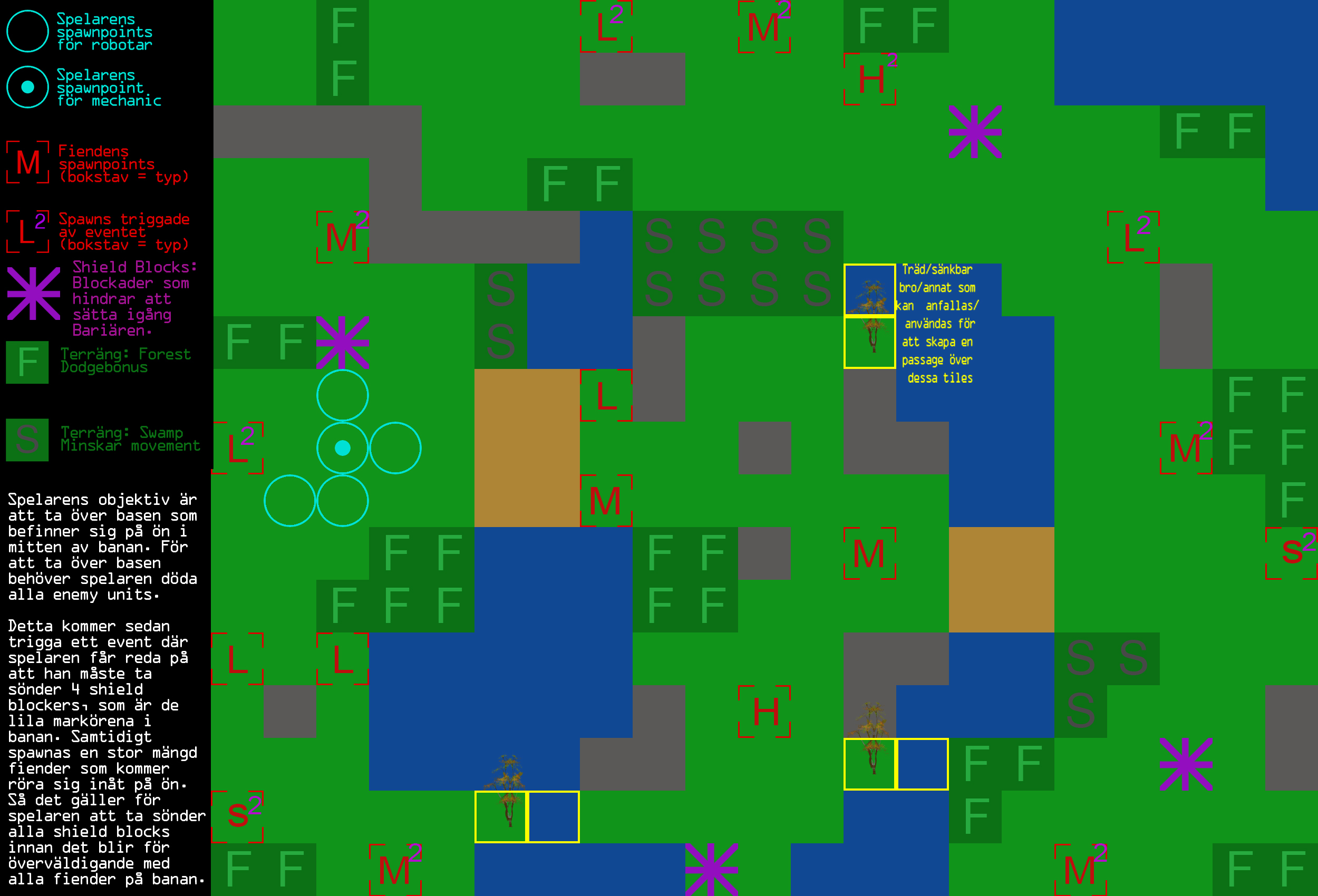 Playing as a board game

we started out by drawing our levels in photoshop using the grid and made template icons so all the level designers used the same descriptive icons. We also decided the scenarios for the levels before we did the layout. Then we made printable versions and started to play our game as a board game. One as the enemy that behaved after how the enemy would be in the game. and one as the player using our features and attributes as rules.

By playing our game as a board game made us realize problems early in our development that let us also find solutions before we encountered the problem in the actual game. we could also start to balance the player character, enemies, and the magic spells.

The turn based strategy was challenging experience and I learned a lot about to make the best out of things when you wait on things that release work. one of those things was the board game that in the end helped us very much. 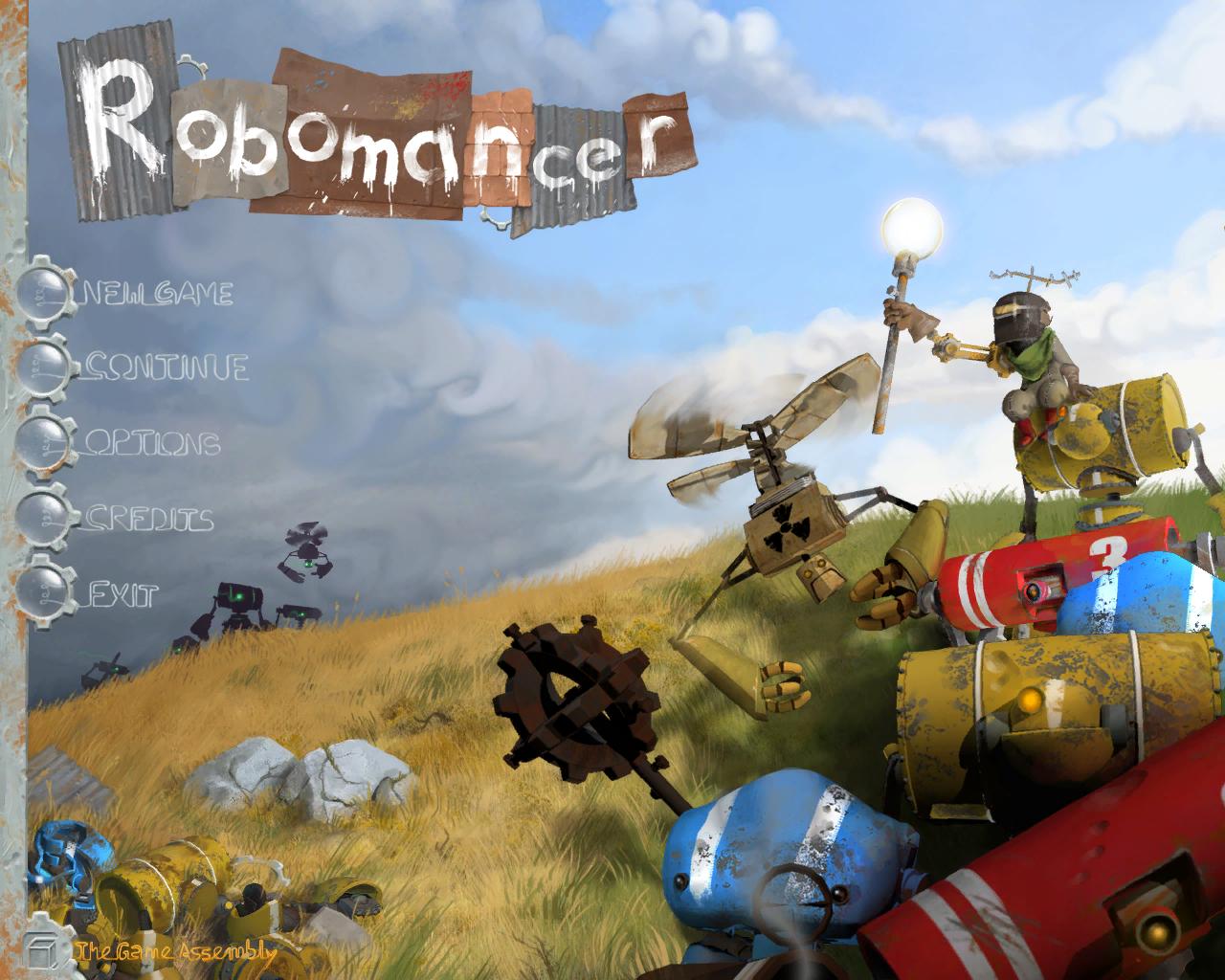 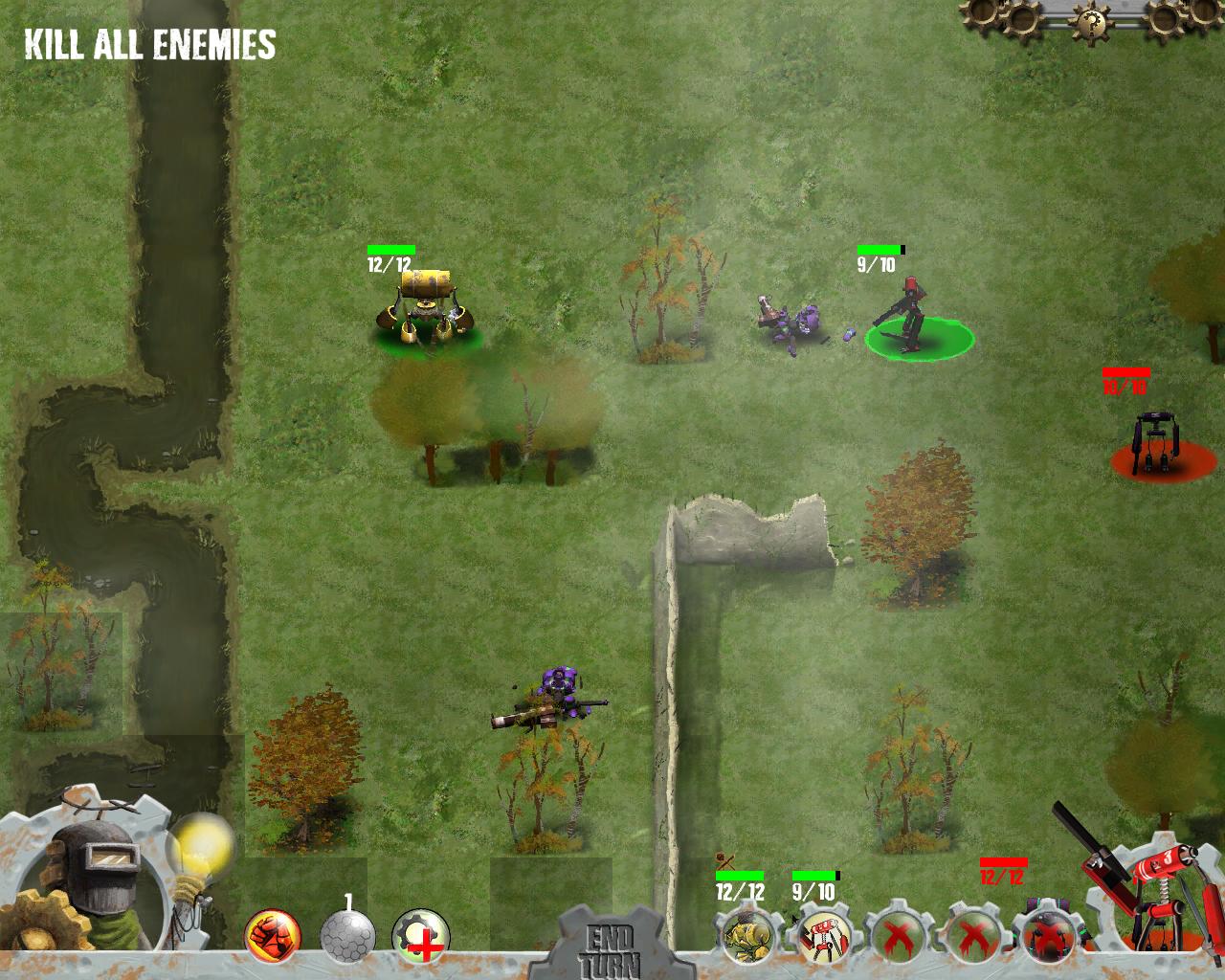 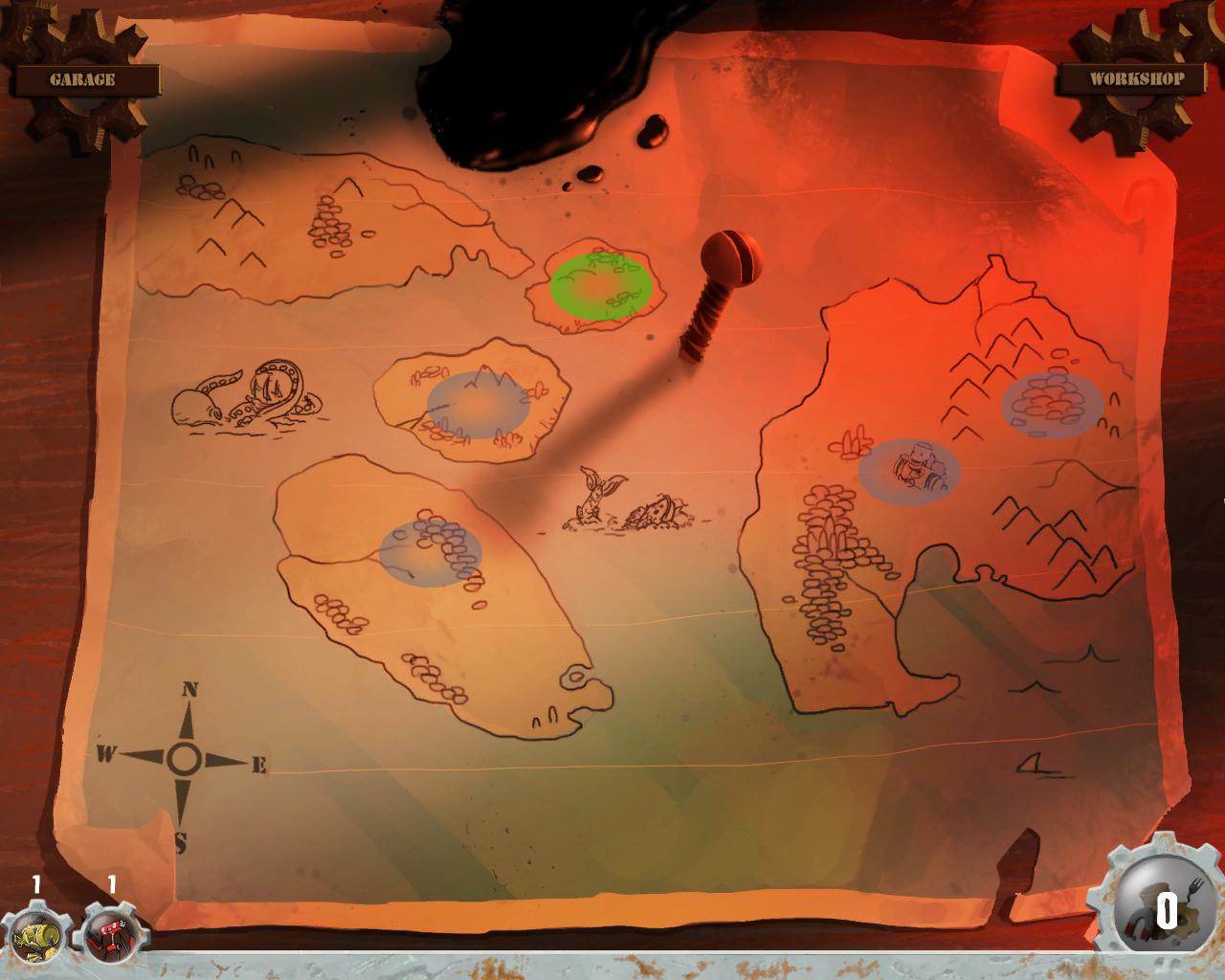 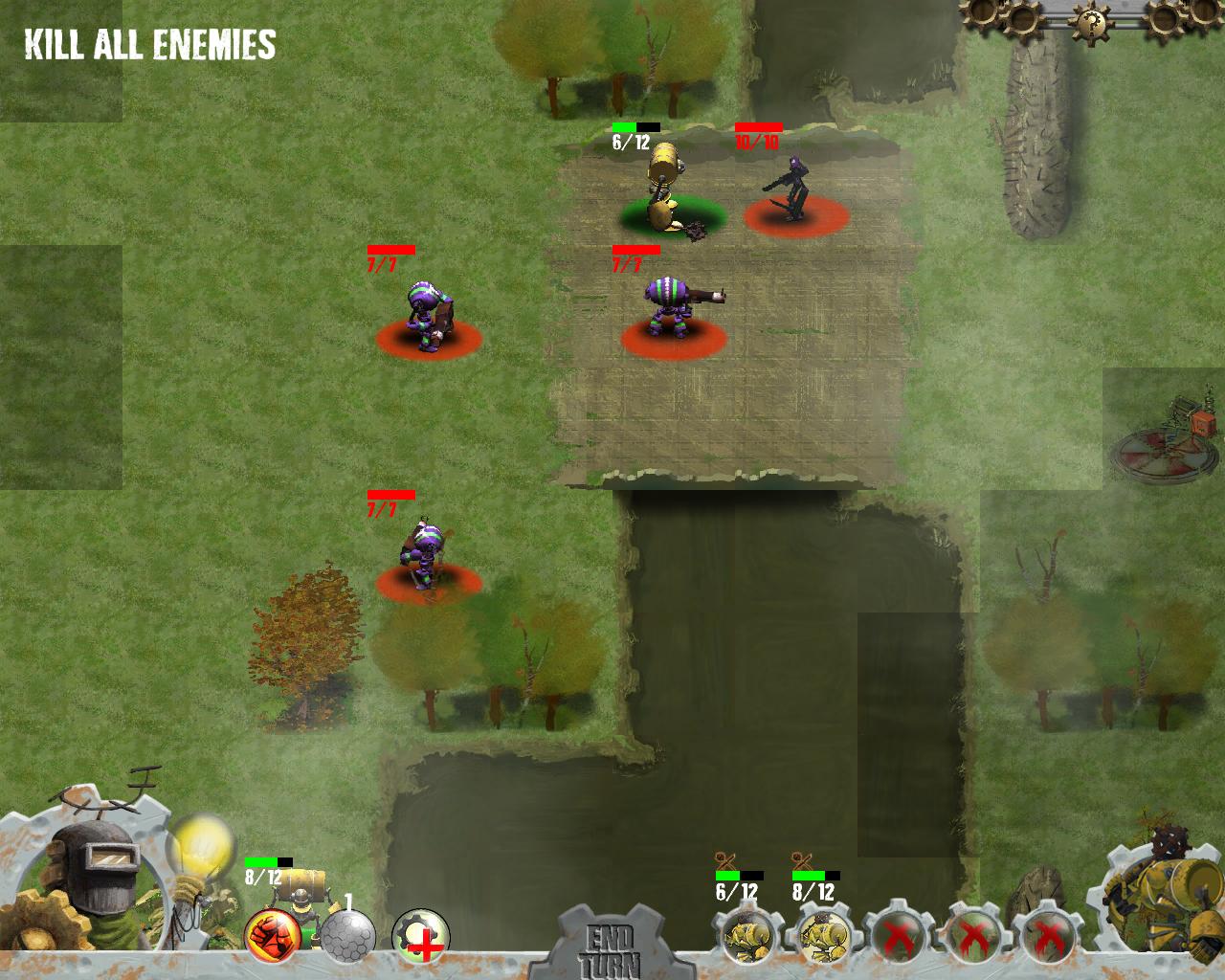 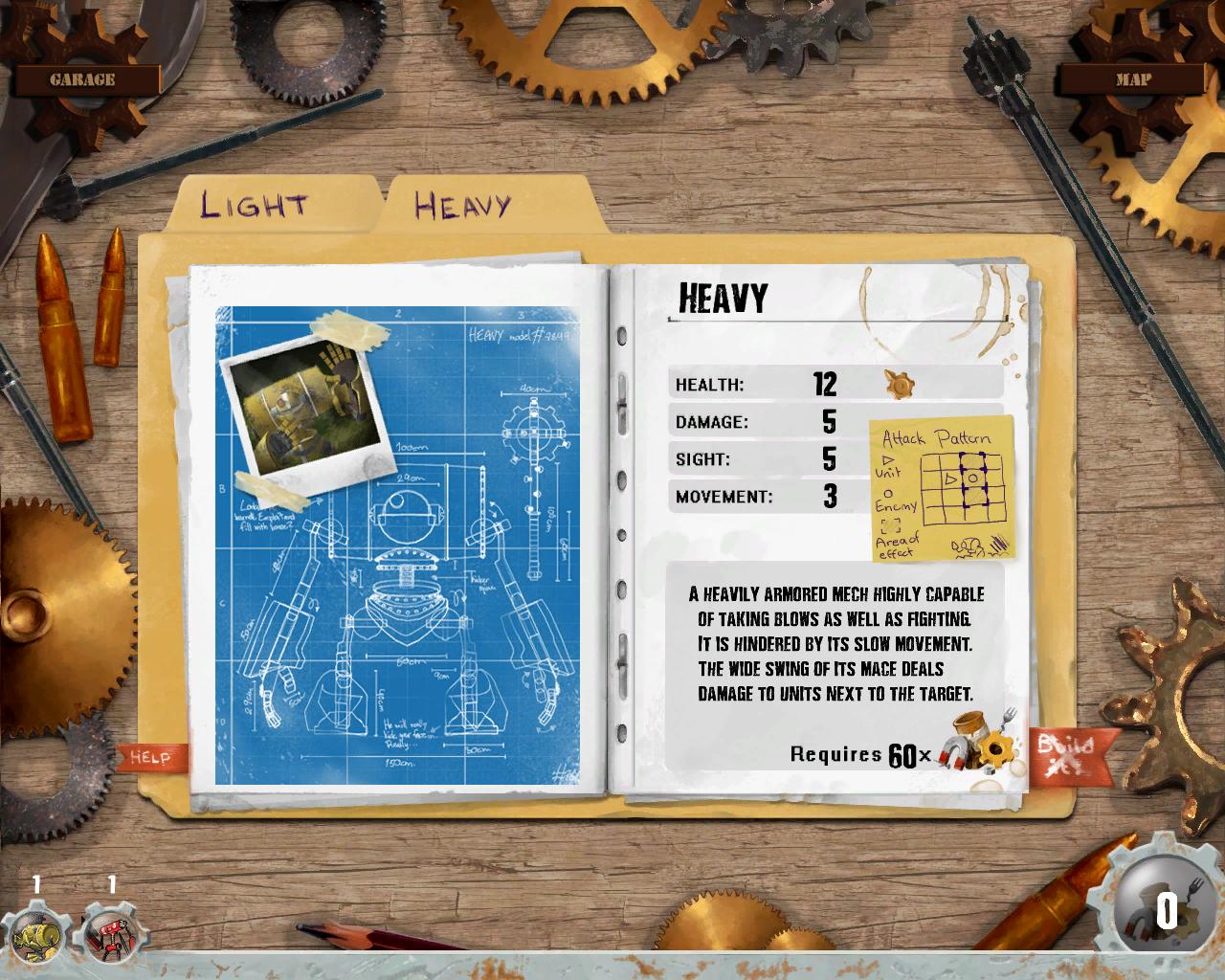 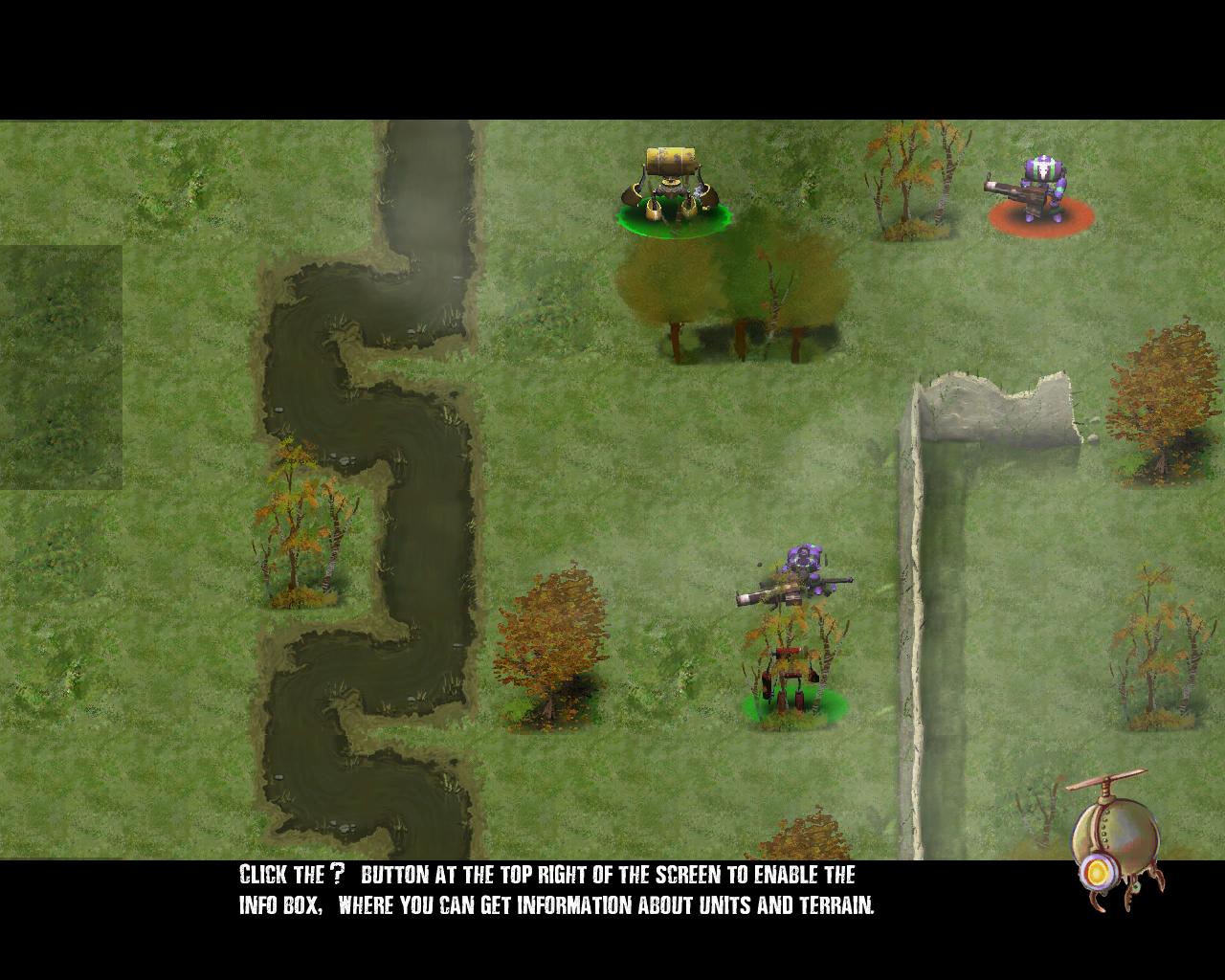